Has anyone here used self threading bolts for their compressor mounting?

Upgrading my old trusty 450c to a 444c dual pack and have a pretty tight area to mount them.

For the 450c, I used nutserts on my frame, which worked fine, but only because I had room for my nutsert gun.

For the second compressor, I won’t have that room, so I’m looking into other fastening options

Since it’s a boxed frame with no access from the other side, I’m considering self threading bolts, but I’m kinda worried about them backing out.

I figure lock washers are a must, but just curious if anyone here had any problems with these type of bolts backing out from vibration? Never used them in my vehicle… and I wouldn’t. If your angle of attack isn’t perfect throughout the installation (and it never is unless your surface is wood or soft metal), you’ll get a loose fit and they WILL back out.

I say this having used them for mounting a battery cut-off switch in a boat – which underwent a lot more vibration than my daily driver when in use … but is a vehicle that sees a lot less use than my daily driver. They backed on me even with blue Loctite. Fortunately the switch was something visited at the beginning and end of every boating session, so I noted the problem as it occurred and was able to address it. I’d hate to think of an under-hood backout … in place that is infrequently visited.

Red Loctite -might- address the issue – assuming it doesn’t get absurdly hot under your hood. If it does, then red Loctite won’t help either, since heat is what’s needed to break it free…

I’m actually mounting them on the driver’s side frame rail.

It’s a boxed frame, so getting a nut on the other end of the bolt won’t happen unless I drill the other side (which I’d rather not do)

Another option would probably be rivets

Why not drill holes and then tap them to produce a result that is threaded?

When I designed my custom Oasis XD3000 air system there are lots of considerations for the installation.

This is installed on a gasoline engine boat, so the compressor cannot be installed in the engine room, called a ignition-protected environment, so nothing making a spark can be placed in that volume.

The only available location is in a hidden volume, on a marine plywood / fiberglass / gelcoat surface, directly above the port fuel tank.

There is no possibility of bolting to that surface, so I mounted the compressor onto a plywood panel, then lag screwed the perimeter of that panel onto the boat’s plywood, as-shown in this reply.

The mounting is very solid, even when the boat is moving around in the seas. 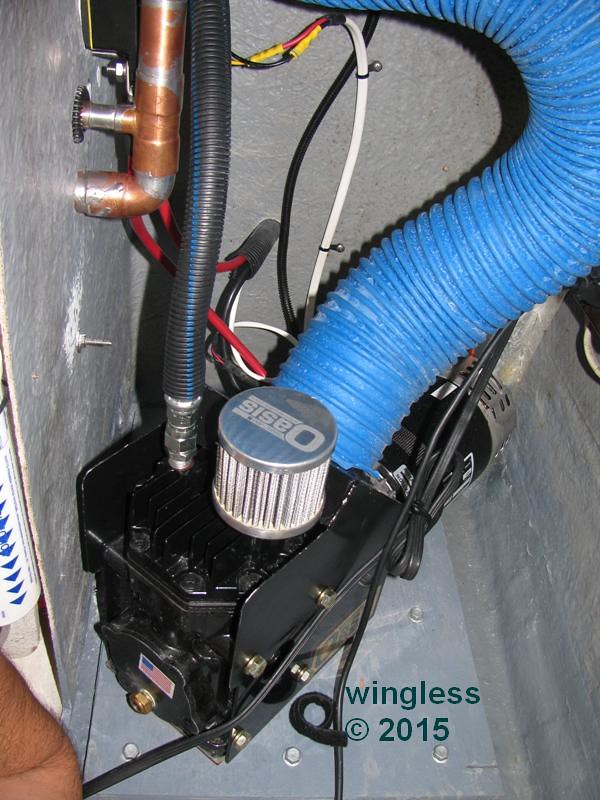 Decided to just go with rivets.
Just hope I don’t ever have to remove them cause space is super tight to drill

A right-angle offset drill adapter might have let you drill before tapping – and might be what you need to use to address rivets if they ever become an issue.

What size/kind of rivets did you use if you don’t mind me asking? I’m curious because I’ve only ever seen small rivets used by DIYers and they almost always seemed to develop cracks (or even shear) when used in high vibration environments.

This topic shows the M10 rivet nuts I used for blind holes in steel panels.

When these are properly set, the rivet nut provided terrific strength.

Well, I ended up going a totally different route :o

I had first wanted to mount them between the frame rail and the body of my Cruiser next to my air tank (just like I had my 450c mounted for a while).

The 450c was mounted sideways using nutserts, but for the new compressors, I wanted them mounted upright, so I picked up a pair of mounts from Grunion.

In fact, in order to drill holes, I had to order ultra short drill bits, use an angle drill and still barely had enough space to squeeze in there :eek:

The other fastener option I had was box bolts, so I contacted the company that made them and they sent me a box of samples (excellent product btw) 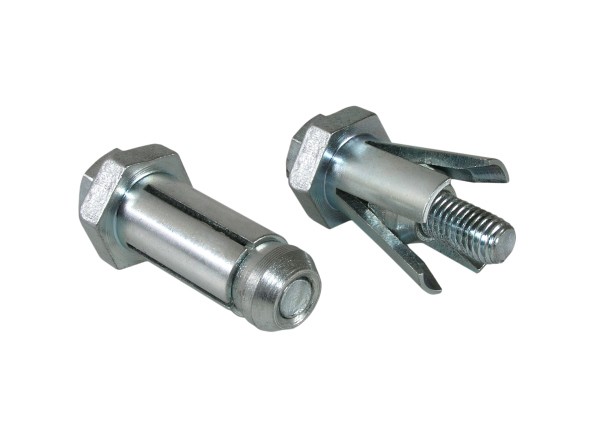 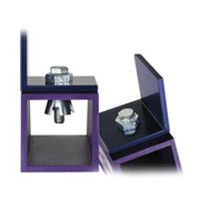 Thing is, after sizing up the new mounts and compressors, I realized that I had just enough room to get them in there, but if I ever had to service them, I’d have to yank the mounts, which means ripping out the box bolts (which are one time use and a PITA to remove)

Soooo, I made a last ditch effort and decided to mount the compressors under my front bumper between the frame rails.

They’re on their side…not what I wanted, but I didn’t really have room anywhere else

Actually ran 1/2" tubing from the compressors to the tank on the frame rail.

They work great (much faster than my old 450), but I need to install elbow fittings for the snorkel tubes.

For now, I just taped up the extra donut filters between the housings.